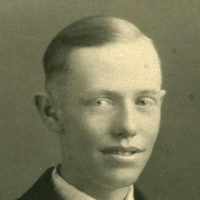 In his 1965 paper “Research and the University (A Modern Dilemma),” Dr. D. Wynne Thorne plead the cause of research–a cause to which he has devoted his professional career. Whether as a practicing scientist or administrator, Wynne Thorne consistently promoted the growth and quality of research at Utah State University.

His research as a professor of agronomy at Iowa State and Texas A&M in the 1930s and later at Utah State (1939-55) produced valuable publications on the identification of minor element deficiencies in Utah crops and on various soil-water relationships. The insights gained through such research eventually culminated in a book that went through several editions, was published in several languages, and has withstood the test of time. Since its 1954 publication, Irrigated Soils–Their Fertility and Management, co-authored with H.B. Peterson, has been a classic in its field, because it clarified the importance of soil, climate, crop, fertilizer, and water interactions.

In 1955 Dr. Thorne served a 1-year stint as Chief of the TVA’s Soil and Fertilizer Research Branch. In 1955, he also relinquished his position as Head of the USU Agronomy Department and became Director of the Agricultural Experiment Station and Director of the newly created Division of Research. That transition marked his semi-abandonment of a personally productive scientific career and the assumption of a role in which he was to vigorously promote the scientific careers of others. Through his creation and leadership of USU’s Division of Research he was able to implement his belief that research must be defined to encompass all scholarly creative activities, including those within the humanities and arts. Simultaneously, the accomplishments of Agricultural Experiment Station personnel gained new recognition and appreciation as he facilitated their research and helped publicize their results. Virtually everyone involved in Utah agriculture, from the growers to the processors, has benefited from research that Wynne Thorne influenced either directly or indirectly.

While fulfilling the responsibilities of leading the Station and the Division (1955-65), Dr. Thorne also participated in various state, national, and international agricultural and science organizations, committees, and missions. Within Utah, this included extensive work on the problems of industry-generated air-borne contaminants.

On the international scene, he was instrumental in establishing the U.S./Russia agricultural scientist exchanges and was the only non-USDA member of the first U.S.D.H. delegation to Russia. While in Russia, he was presented with a translated version of his book on irrigated soils. His initial written presentation describing a possible Russian/U.S. scientist exchange program was widely used as a model by other government agencies. At various times between 1955 and 1965 he acted as a consultant on soil and water problems for countries such as Iraq, Venezuela, Ecuador, and Bolivia.

During that same decade he continued to publish technical and semi-technical articles and edited (and wrote a chapter for) the American Association for the Advancement of Science book,Land and Water Use. In everything he did or promoted, his goal was to achieve scientific quality and productivity.

In 1965, Dr. Thorne became USU’s first Vice President for Research. A little later he relinquished directorship of the Agricultural Experiment Station in order to concentrate more effectively on the university’s broader research concerns.

During the late 1960’s, Dr. Thorne became involved in attempts to help India solve her food problems. This work led to his 1972 appointment to the board of Governors of the “Consultative Group” of the International Crops Research Institute for Tropical Agriculture in India. His 1968-70 efforts helped provide the foundation for India’s present agricultural research program. Late in 1970, he participated in the National Academy of Sciences evaluation of the World Bank’s development program for East Pakistan (now Bangladesh) and prepared the NAS report.

As Vice President for Research, Wynne Thorne correctly interpreted national scientific trends and strongly urged interdisciplinary work at USU. The Ecology Center, International Biological Programs’ Desert Biome, various institutes, and the Environment and Man Program are representative of the results of his commitment to interdisciplinary research.

In 1973, Dr. Thorne resigned as Vice President for Research in preparation for his impending retirement and re-assumed directorship of the Agricultural Experiment Station. As station director in these unpredictable times, he eliminated costly duplication of research efforts and emphasized an imaginative team approach to solving practical problems. In particular, station personnel were urged to respond creatively to the renewed need for agricultural productivity, pollution problems, and questions of optimizing land use. He was appointed to the Agricultural Board of the National Research Council of the National Academy of Science, an organization that affected national agricultural policy.

Throughout his career, Wynne Thorne earned sustained recognition for his productivity as a scientist and as an administrator, and evidenced an unflagging ability to inspire others to excel. His contributions to the status of research at Utah State University will be difficult to surpass.