College of Humanities and Social Sciences

Dean McGuire is a graduate student in the history department at Utah State University. Before attending USU, he earned a bachelor’s degree in SocialStudies Education at University of Wisconsin – La Crosse. Dean developed a passion for Indigenous history and teaching during his undergraduate study. After graduating from UWL, he taught a broad survey of Native American history to ninth-grade students as a long-term substitute at Melrose-Mindoro Wisconsin in Melrose, Wisconsin. Since beginning his master’s at USU, Dean has had clear intentions of studying Native history. His master’s thesis, “Telling Her People’s Story: Mae Timbimboo Parry, Matriarch of the Northwestern Shoshone Nation, 1919-2007,” developed from over a year of conversations with Northwestern Shoshones and research at the Northwestern Shoshone Tribal Library. Mae Timbimboo Parry’s grandchildren often talked of their grandmother’s life-long efforts to change the popularly held designation of the Bear River “Battle” to the Bear River Massacre. Working with members from Northwestern Band of the Shoshone Nation inspired Dean to apply to PhD programs for Fall 2021, pursuing the goal to become a writer and professor of history while conducting collaborative research with Native communities. When he isn’t busy with research, Dean spends times with his brother, Dylan, and enjoys hiking. 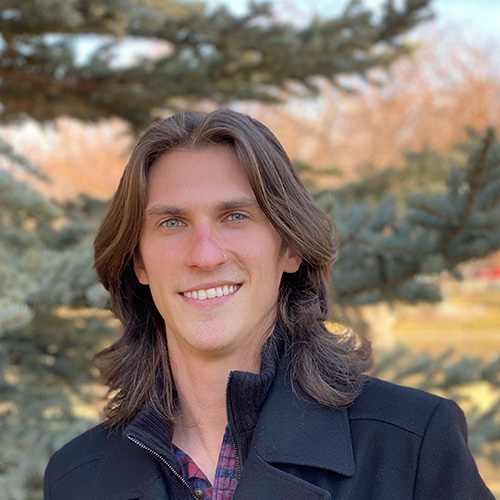