Noah Braeger is a senior majoring in both Mathematics and Physics. He was introduced to undergraduate research during the Spring 2019 semester when he joined Dr. Andreas Malmendier’s research team. His initial work focused on using mirror symmetry, a concept from string theory, to prove a number-theoretic result about K3 surfaces, special mathematical spaces. To fund his work, he applied for and received a College of Science Mini grant and an URCO grant. His contributions to the project led to a publication, two regional conference presentations, and one colloquium talk at the University of Utah. Noah continued working with Andreas after his first project. Specifically, he constructed explicit geometric isogenies between three types of K3surfaces. This project resulted in a paper that will soon be submitted to an academic journal and a presentation at the Joint Mathematics Meetings. Noah currently works as a recitation leader for Calculus II and a teacher’s assistant for Differential Geometry. After he graduates, Noah will spend the summer participating in the NSA’s Director’s Summer Program and hopefully enter a Ph.D. program in the Fall. Noah gives special thanks to Andreas Malmendier, David Peak, David Brown, and Michael Schultz for their continued support throughout his research. 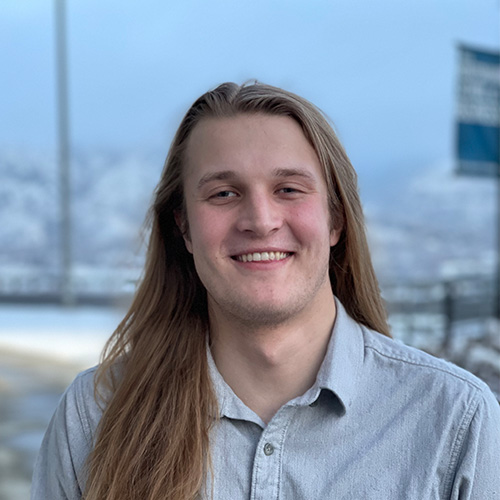