USU faculty have developed a novel method of echo cancellation using convolutive blind source separation. This method reduces the distortion (e.g., echo, feedback) that may occur when an audio input device (e.g., a microphone) is near an audio output device (e.g, a speaker).

In audio communication technologies such as conference phones, a signal is emitted from a far end and output by a speaker at a near end. After traversing through the acoustic environment at the near end, it is then often received by a microphone at the near end and conveyed back to the far end through the communication device. As a result, the person at the far end often hears their own speech after a delay, called an “echo.” This problem can also be present with smart devices equipped with voice recognition, since the devices pick up not only the voice commands, but also audio produced by their own speakers and modified by the acoustics of the room.

The processor receives an acoustic signal from a speaker and separates the acoustic echo from the signal using an algorithm. No training or calibration data is required for the algorithm, so it may be easily implemented into an existing audio communication system. 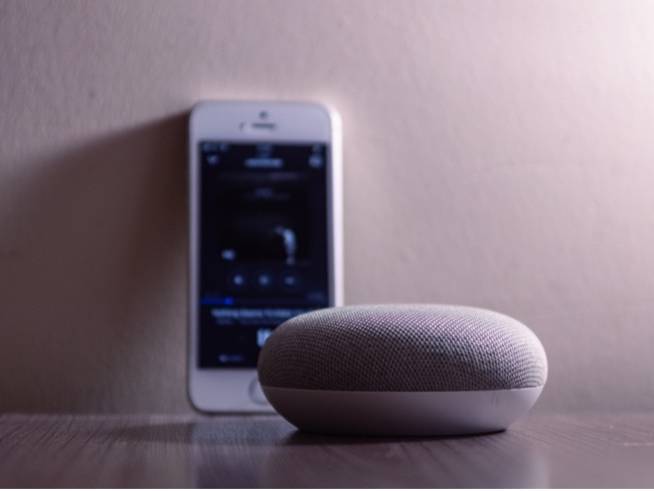 Questions about this technology including licensing availability can be directed to: