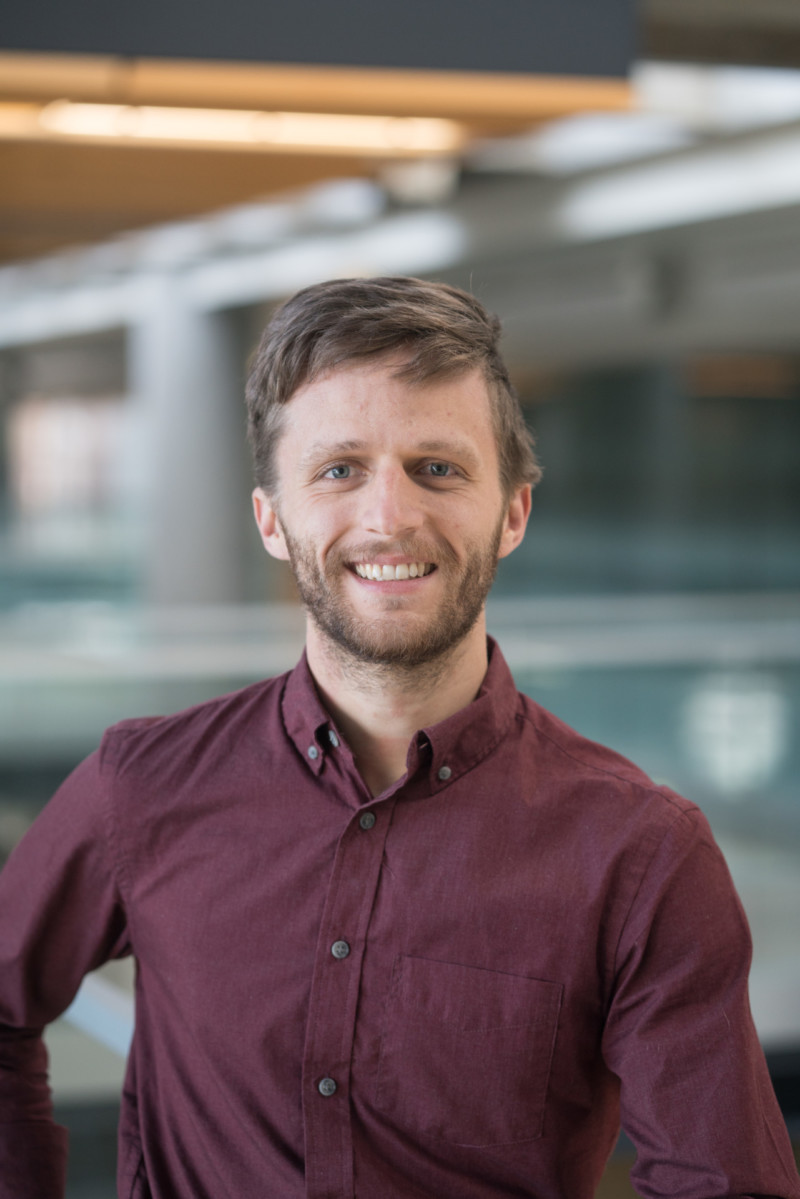 The Office of Research and the Geosciences Department have created the first named URCO grant award to honor the memory of a talented young researcher, bright student, and compassionate and devoted person. We will award Evan Millsap Memorial URCO grants to proposals in the Geosciences that meet the standard that Evan set in his own research as a recipient of a Summer 2018 grant.

Evan was an avid and accomplished mountaineer and while serving as a field camp teaching assistant in Denali National Park during the summer of 2019, he tragically died in a rock-climbing accident. His friends and family have expressed the profoundness of this loss.

Evan’s professors in the USU Geosciences Department remember him as more than just a student; Evan was a respected colleague and they looked forward to his academic career. They remember the remarkable brightness of his spirit and intellect, and have commemorated him in their Geology Centennial Rock Garden, an exhibit of rock specimens celebrating the 100th anniversary of the Geology Building. Evan was responsible for collecting some of these rocks for the display, which is used as a teaching tool for students in the department and visitors on our campus.

Evan’s colleagues in his doctoral program feel the same. Pat Druckenmiller, a geology professor and director of the University of Alaska Museum of the North, said Millsap was “one of the brightest students I’ve had the opportunity to mentor. He was a real gem. The one year (Millsap) was here at UAF, he became a real vibrant member of our community. His loss will be felt wide through the geology department and the museum.”

The Buck Tank Draw Mammoth Site was discovered in spring of 2017 as a concentration of disarticulated bones within olive-green, clay-rich silt near the town of Big Water in southernmost Utah. The fossil remains and sediments were exposed by erosion along Buck Tank Draw, an ephemeral stream and tributary of Wahweap Creek, which is in turn a tributary of the Colorado River. As of May 2018, the site has not yet been excavated. Preliminary reconnaissance identified three partial Mammuthus columbi specimens, comprising exposed bone, molar and tusk fragments. Other genera at the site include Equus and Canis. Within the sediment, terrestrial gastropods from the Oxyloma and Catinella genus indicate a moist soil environment. Floral remains including carex sedge seeds suggest a wetland environment.

At the time of discovery, the age of the deposit was unknown. Mammoth remains from nearby Bechan Cave (Agenbroad et al. 1989) ~31 km to the northeast are latest Pleistocene in age (11-13 ka), However, the geomorphology of the area suggested that the Buck Tank Draw Mammoth site may have been much older. For example, the deposits were capped with a well-developed ~0.5 meter thick Bk soil horizon and eolian sands. The site was also associated with terrace gravel deposits, suggesting a Pleistocene age. Correlations to nearby Colorado River terraces at Lee’s Ferry, Arizona suggested that these terrace deposits could be >90 ka. Geomorphic and stratigraphic relationships imply that the marshy conditions associated with the fossil- bearing silt may have formed in response to alluvial damming at the mouth of Buck Tank Draw during a period when the Wahweap Creek was in an aggraded position.

New Optically Stimulated Luminescence (OSL) ages presented here and comparisons to the Lava Chuar Creek terrace chronology suggest that the mammoth- bearing sediments were deposited between 112 and 121 ka. Further comparison of these dates to climate data at Devils Hole show that this was a time of regional cooling following the last interglacial maximum. This is the oldest published mammoth date for the Colorado Plateau, and we suggest it fills a gap in the fossil record and offers fresh insight on the faunal assemblage of this time and the climate inhabited by these megafauna.

The Office of Research and the Geosciences Department wish to recognize the accomplishments of Evan by naming the highest-quality geoscience grants awarded in his honor.

The Evan Millsap Memorial Undergraduate Research & Creative Opportunity grant will be given to all geoscience students that meet the high bar set by Evan’s own proposal in their URCO applications. Any topic in the geosciences will be eligible for this award.

All geoscience proposals will be automatically considered for this distinction. These should be submitted through the URCO application portal on the same deadlines as all URCO grants, and no additional materials are required at the time of application.

Evan’s proposal was in the top 30% of submissions in his application cycle. We will use this as a metric to name his awardees. Each cycle, any geosciences project that is selected for funding and ranks in the 70th percentile of applications will be awarded the Millsap grant.

There will be no additional monetary award for Millsap awardees. The Geosciences Department and the Office of Research will announce any awardees at the conclusion of each award cycle for the grant in April, August, and December.

“My journey has been interesting. 10 years ago (’09) I embarked on a lot of firsts: I travelled abroad, I learned my first foreign language through total immersion, I lived away from home for a year. Those first experiences defined me and defined the decade. I cultivated a deep desire to learn and grow, and these past few months I’ve learned even more than the rest of the decade combined. This decade has been gutwrenching, beautiful, fantastic, rewarding, sad, and bittersweet, but never boring. I’m so grateful for the journey.” 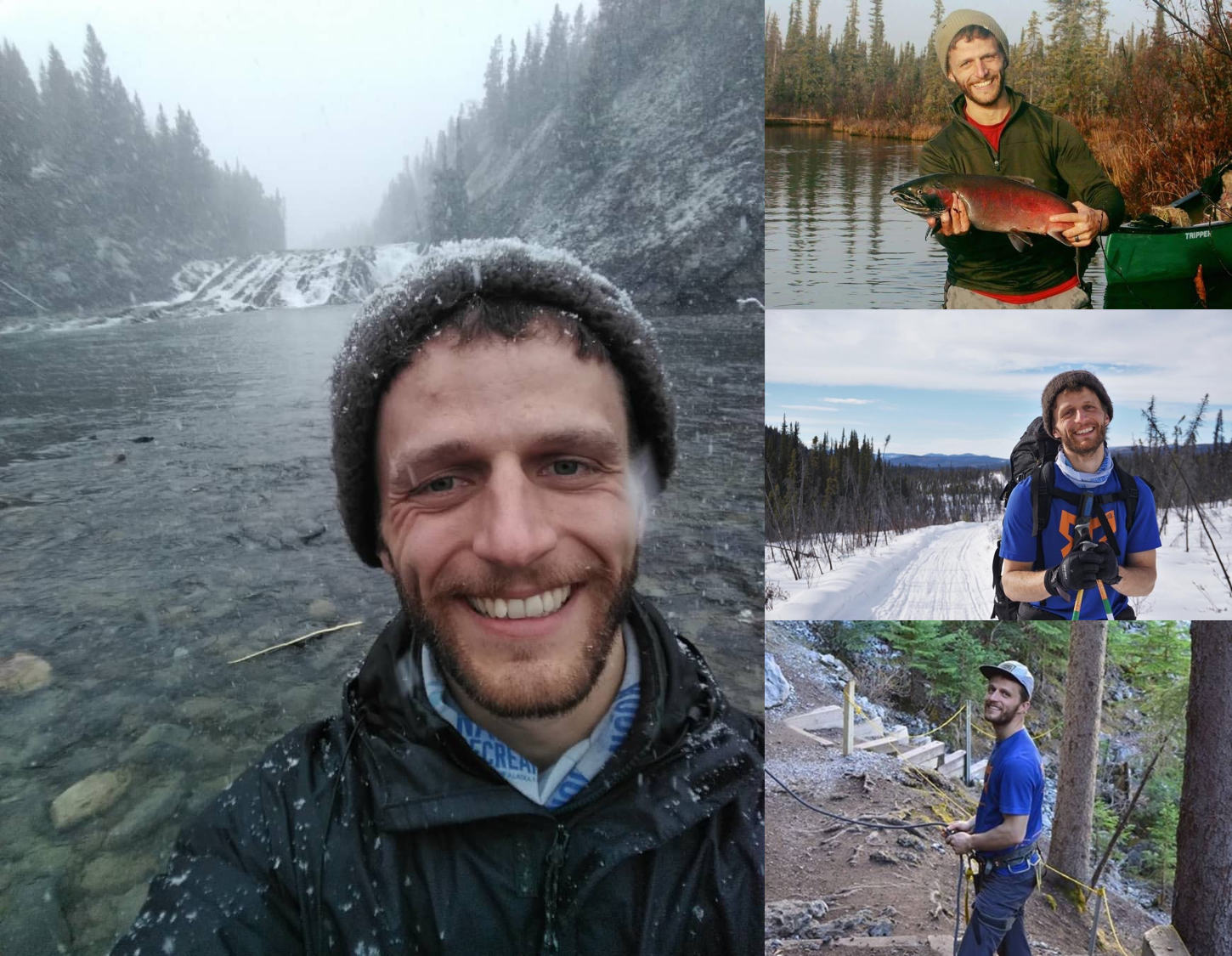