“I want to understand these processes and theories behind why people are aggressive toward others, why they bully others, and what we can do to stop it," said Diana Meteron a recent episode of the Instead podcast.

Meter is an assistant professor in the Department of Human Development and Family Studies in the Emma Eccles Jones College of Education at Utah State University. On the podcast, she discusses her research on the psychology of bullies, the impact on victims, and the influence defenders can have.

Meter points out that most kids are bullied about things that are outside their control, like body shape, gender, sexual orientation, etc. When asked about the oft repeated saying that bullying builds character, she says, “Through that, somebody may be able to learn skills and adapt to their situation, but at what cost?" Meter further shows how victimization can lead to depression, anxiety, and acting out.

In contrast to aggressors, Meter’s latest research has focused on a group called “defenders” who stand up for victimized students. Though defenders anecdotally had a positive impact on their peers, Meter found a lack of research on the subject and focused her studies on that topic.

“My research is supporting the idea that defenders can play a really positive role in the peer ecology and decreasing the amounts of peer victimization and making it a safer place not just for the victims but for everybody because they don’t have to have that anxiety about victimization happening in their schools,” she says.

Meter concluded with a call to action, if schools are having problems with aggression, "then we need to intervene and do something about it." 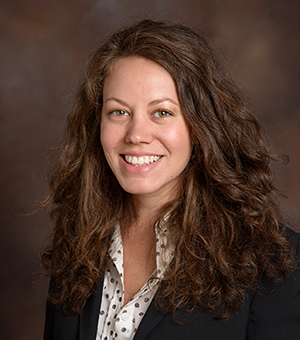